In The Comfort Zone, Then Boom, White Backlash 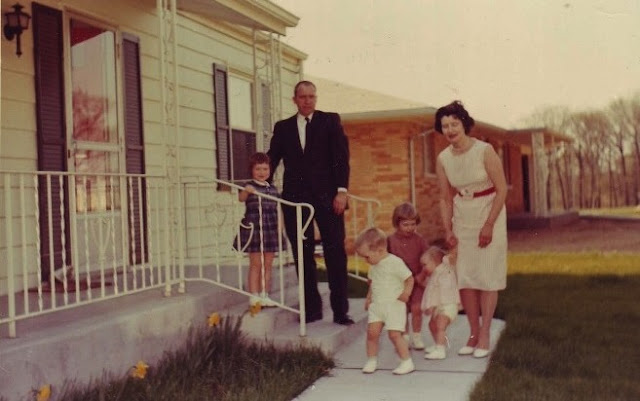 Hovering around the 98% comfort zone is a perfect place to find safe harbor for a "conservative" sensibility. When whites make up such a high percentage of a population, there is little need to change, or even turn your head in that direction. Society is "progressing" just fine. The neighboring area, community or state may disturb your sense of tranquility, but the worries are so minor it takes a huge disturbance to upset your world. White backlash is never on your color radar until it is.

Then changes to your sensible world become an imminent fear. Likely nothing will change, especially to your actual detriment, but backlash is required to guarantee the boat does not rock. Even the perception of rocking is enough to elicit a backlash. Any more volatility, and your white world would collapse into actually looking deep into why these "disturbances" occur, and helping secure real solutions. However, your trips to the cabin, next European vacation, or the kids science camp in the Galápagos Islands may be curtailed an hour or a day. Oh, the humanity! Worse yet a POC may demand whites like you come to terms with all the racist policy ramifications you continue ignoring.

You say, you are hard working, churchgoing, community involved, education concerned individuals, and have never said a negative word about POC. Some of you have thought about helping communities that are struggling, maybe even parachuted in a few times. Yet nothing seemed to change. There would "always" be poverty, so what could you do to change all of it? Very convenient for a white churchgoing conservative of any party to say. Since we cannot change such things, why make it a priority as a nation?

That said, is that what the prophets of old meant? As you know, the meaning of every Bible passage has been interpreted ad infinitum, except a couple verses do require one more interpretation. First, the poor will always be with you; when Jesus made this statement, he knew white conservatives would never fathom how to move most people out of poverty.

The son of god knew conservatives would get stuck on the other verse, Give to Caesar what is Caesar's, who was a monarch, and not realize that when a nation was formed by We The People , the ability to help the poor could be greatly improved. A government by the people can do great things if given the opportunity to do the radical thing. That is why the radical preacher entrusted the future of justice and the general welfare to other radical ones, aka social justice warriors.

"America owes a debt of justice which it has only begun to pay. If it loses the will to finish or slackens in its determination, history will recall its crimes and the country that would be great will lack the most indispensable element of greatness… Justice." - MLK, 1967.

The faithful white servants of the poor and the downtrodden, even though reticent, still have something worthwhile to offer. Yes, even wavering whites could be transformed into the muscle that pushes radical change forward. Doing it on a timescale that benefits more than the status quo white population that always stalls for more time to do very little.

With grit and determination, such whites can help develop a government that is not a narrowly focused property-rights faction, and law enforcement junta that mostly protects the masters of wealth from paying for their white-collar crimes.

The conservative minded of every party wants to protect what is the current precedent, but when change is required, it is hard for this cohort to see the need, or to externalize transformation urgency. While "rushing" to transform can cause problems, the "causing problems" portion is often overburdened by the "conservative minded" cohort of any political flavor.

Overburdening is status quo buffer material, the sandbags of stagnation. The white liberal with conservative tendencies may see the need for solving problems faster than the center-right conservative, but few are ever prepared to make those changes personally.

Of course, depending on what the change is, we are all conservative somewhere, at some point; it may have a societal function and/or a very personal one. Unfortunately racism often taps into this conservative trait. It is devious how racism attaches to our "conservative" psyche so we keep supporting racist policies, causing even a reticence that is non racist to become racist.

For example, you know how wrong it is that your community is segregated, 98% white, in a metro area that if made diverse would be higher than 20% POC. But since in this case your kids would need to change schools, you would fight against such a plan if proposed, even though your kid staying-put "benefits" from racist policies.

While we do not want to be racist, our racist policies keep most whites jammed into a racist-life-straitjacket. We float along, while POC sink. Our keep it comfortably above water white life is held hostage by an "only following orders", handed-down-by-racists; ideology, or call it white supremacist Stockholm syndrome.

It is impossible to break this racist syndrome logjam without breaking its jam of logs. However, it is much simpler to avoid seeing the jam through the logs. And the logjam we are not seeing is systemic racism. Martin Luther King died knowing we had not navigated the radical rapids of the jammed. Therefore, King would still be instigating a whirlpool of disturbances today.

"Many white political leaders and well-meaning friends who ask us to leave the streets may not realize that they are asking us effectively to silence ourselves. Negroes are twice forgotten in America. We were not heard until we found the means to state our case in the public square." – MLK, 1967.

Those well-meaning white people always want the "noise" to stop first. "End the disturbances, then we will listen," say the whites. Calm our white fears now, even though we will never calm your fears like you must calm ours. Asking black Americans to surrender their greatest power does not usually end well for them. Nothing beyond a slightly higher plateau, but still much lower than whites.

Once blacks lower their guard for any small potatoes, the white status-quo pushes its sandbags up against the lack of sea change until the next "disturbance", hopefully decades away. Backlash is our reptile brain thwarting change that a thoughtful mind would know is deserved. Instead we react without using our full cerebral potential because our moral compass has been purposefully and selectively atrophied.

Our weak justifications for incrementalism are legion, and a rationalizing lesion on this nation. Excising that lesion is paramount, allowing a connection to our prefrontal cortex where complexity can be dealt with, and real solutions found.

From Reconstruction in 1865 to the Voting Rights Act in 1965, and until now, the results have been glaringly minimal with pathetic excuses, victim shaming and of course…

Why have we have ever considered ourselves a colorblind society? Why are we insidiously stingy about change. Why are we so blatantly ahistorical about the plight of black Americans? How does our comfort keep us as white Americans from finally, and truly making things right?

Otherwise, we can keep absolving ourselves by putting responsibility for any damages on our ancestors not us; it is how we escape from reality, guilt free. Our other escape… Whites have never been the problem, we have always been the solution. Such delusions help us cope with our comfort guilt. Black Americans, please remember whites are not partial to a comeuppance. Staying on top, playing the overlord cop, prevents reality from seeping in. Additionally, comfort the afflicted and afflict the comfortable may be a very pithy expression, but white America has only so much time, and wealth to account for your historically sound grievances, and well-deserved disturbances. So backlash.

What else would the change-reluctant white cohort say if they said what they really meant?

"We comfortable whites will respond to these radical demands when all blacks act more like the MLK we have memorialized. A sanitized mannequin that is servile mannered, and merely speaks about dreams from an old tape recorder, not creating disturbances that cause us nightmares. That docile MLK threatens our comfort the least. The agitator that spoke out against the Vietnam War made us way too uncomfortable. Such truth can burn right through our lily thin skinned ears. Whites are the original safe-space people; ours are just the largest and most exclusive spaces. Love our gated communities, we do. As to your demands, please ask for less, because less is all we ever give. Admitting to travesties, let alone paying for them is beyond the cognitive capability of white people, and maybe most who call themselves christians. When we are not committing travesties, we are too cheap to consider our financial culpability. Someday when we are ready, we will surely do less again."

That type of truth telling usually hurts. Unless you are a white American. Then it is at best a corrupted memory. Our reality corruption must end. White backlash must be given its walking away papers. And we must try some "radical" on for size to fashion an end to our denial of responsibility, unravel our incrementalist nature, and sew up an antiracist future.

Other LinkedIn Pulse Articles in the series: 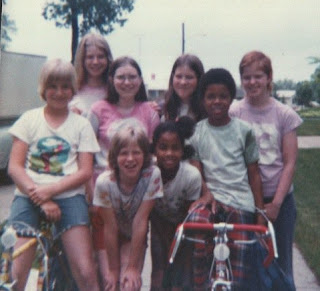 The poor will always be with you: https://www.biblegateway.com/passage/?search=Matthew%2026:11&version=NIV

Give to Caesar what is Caesar's: https://www.biblegateway.com/passage/?search=Mark+12%3A17&version=NIV

Still much lower than whites: https://www.thebalance.com/racial-wealth-gap-in-united-states-4169678

40 acres and a mule: https://www.blackpast.org/african-american-history/forty-acres-and-mule/

Including from the GI Bill: https://www.history.com/news/gi-bill-black-wwii-veterans-benefits

Agitator that spoke out against the Vietnam War: https://www.kqed.org/news/11796609/when-martin-luther-king-jr-spoke-out-against-the-vietnam-war

Popular posts from this blog

NOTE SOME BOOKS REPEAT IN THE CATEGORIES BELOW - approximately 406 books total Now Listening to... Fentanyl Inc.: How Rogue Chemists are Creating the Deadliest Wave of the Opioid Epidemic, Ben Westhoff Listening To Books While Running In The Woods… Racism, Injustice, Feminism, Discrimination, and Human Rights How To Be An Antiracist, Ibram X. Kendi The Whiteness of Wealth How the Tax System Impoverishes Black Americans - and How We Can Fix It, Dorothy A. Brown Caste: The Origins of Our Discontents, Isabell Wilkerson Me and White Supremacy: Combat Racism, Change the World, and Become a Good Ancestor, Layla F. Saad A Vindication of the Rights of Woman, Mary Wollstonecraft, 1792 No Name in the Street, James Baldwin The Devil Finds Work, James Baldwin Strange Justice: The Selling of Clarence Thomas, Jane Mayer, and Jill Abramson The Condemnation of Blackness: Race, Crime, and the Making of Modern Urban America, Khalil Gibran Muhammad The Story of Jane: The Legendary Underground Feminist
Read more 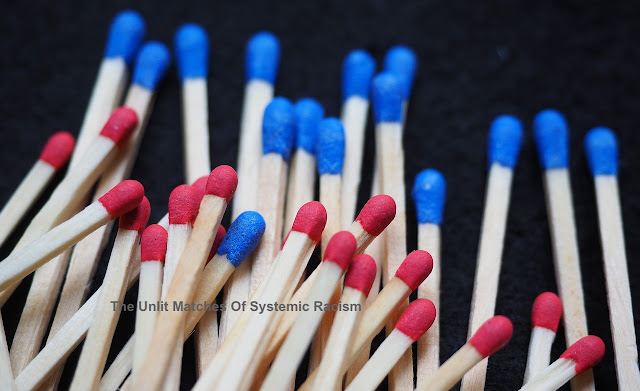 The first thing many, maybe most whites will do is deny we have any riotous involvement. How could we be the cause when whites are hardly ever seen rioting? Yet likely there have been infinitesimally few riots where whites were not the central cause . While Ku Klux Klan type white supremacy was often an instigator, it is the larger white supremacist cohort (see image), which includes most white Americans throughout our history, that has created the greater context, the massive matrix of unlit matches you could say, especially today.  Even when riots "instigated" by blacks are included in our rioting history, white structured society would be the true culprit of our significant riotous past, our very recent past as well . The evidence to support this claim is infinite, and begins below. The definition of the term riot can be narrowed down to limit the political formations of violence to exonerate state violence, or violence by preferred citizens. Instead I define "ri
Read more